On Tuesday, February 18, was held in Madrid the kick-off of the INTELE Network, a strategic network for the promotion of language technology infrastructures in the humanities and social sciences.

INTELE proposes the creation of a network formed by the Spanish researchers who are related to the current European infrastructures already created as European Research Infrastructure Consortium for the Humanities (ERIC): CLARIN (www.clarin.eu) and DARIAH (www.dariah.eu).

The general objective of this network is to encourage activities to promote these infrastructures in Spain in order to achieve Spain’s participation in them, and thus contribute to the advancement of Spanish research in the humanities and social sciences, as well as its strategic position in international projects and programs.

This first meeting was attended by representatives of the Universidad Pompeu Fabra, the Miguel de Cervantes Virtual Library Foundation, the University of the Basque Country, the Complutense University of Madrid and the National University of Distance Education-LINHD which acted as host. The meeting was held at the Associated Centre “Escuelas Pias” in Madrid, which is part of the UNED. 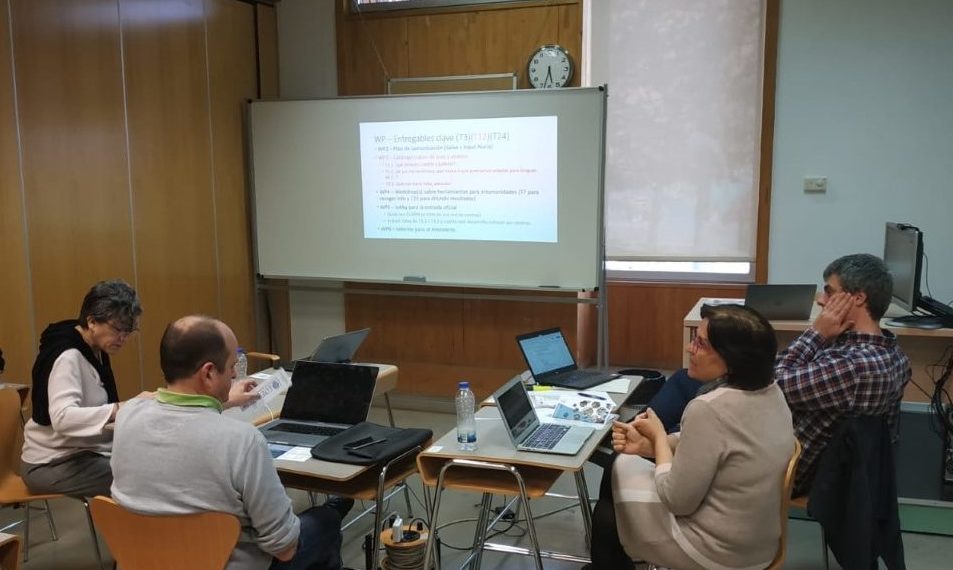