Between 29 and 30 of June, the MediaLab UGR, part of the University of Granada organized the First International Conference “Digital Territories”, Constructing Digital Social Sciences and Humanities.

The two days conference was held in the Palacio Madraza, that was the first university in Granada back in 1349, and in the first day of the conference two key speakers talk about the importance of digitization: Domenico Fiormonte, UNITRE-Roma and Paul Spence, King’s College London. 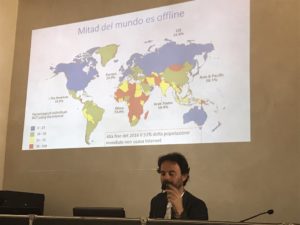 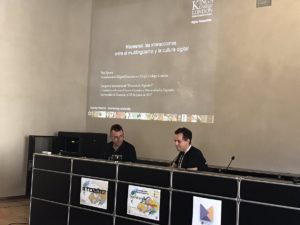 The congress aimed to promote an interdisciplinary dialogue between diverse fields of knowledge and groups that work with or are interested in the impact of technology on society.

From the POSTDATA project team the Project Manager, Mara Manailescu participate and presented EVI-LINHD: the Virtual Research Environment for the Digital Humanities projects. The VRE was developed by the LINHD team as part of the project EVILINHD financed by MINECO and now it is integrated and further developed for the POSTDATA project. The EVI-LINHD can be tested here. 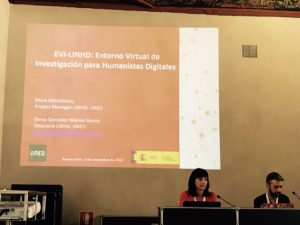 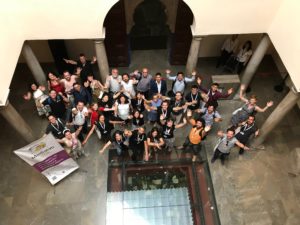